in Poetry, Media & News Publishing Companies
0
Be the first to write a review
Write a review Subscribe
Is this your listing? Claim it here!
Overview Photos

Academy of American Poets
in Poetry, Media & News Publishing Companies
Be the first to write a review
Write a review Subscribe
Overview Photos 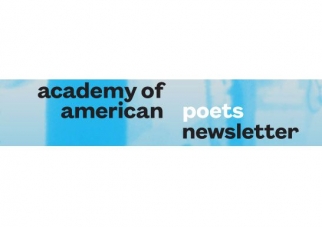 Who produces Poets.org?
Poets.org is produced by the Academy American Poets. The site was launched in 1996, becoming the original online resource for poems, poets' biographies, essays about poetry, and resources for K-12 teachers.

…t is the Academy American Poets?
Founded in 1934 in New York City, the Academy American Poets is the nation's largest membership-based nonprofit organization advocating for American poets and poetry. Its mission is to support American poets at all stages of their careers and to foster the appreciation of contemporary poetry. Each year, the charitable organization connects millions of readers to poets' work with its many programs and publications, which, in addition to Poets.org, include Poem-a-, the first place for new poems by 260 poets annually; National Poetry Month (April), which the Academy founded in 1996; American Poets biannual literary journal for members; the American Poets Prizes, which provide more than $200,000 to 150 poets each year; Poetry & the Creative Mind, a celebration at Lincoln Center's Alice Tully Hall poetry's influence on other artists and public leaders; a Fall Conversation Series, that features poets and other artist; and an Education Program that provides free resources, such as lesson plans, the award-winning weekly series Teach This Poem, and the Dear Poet project for K-12 teachers and students. In addition, the organization coordinates the Poetry Coalition, an alliance more than 20 poetry organizations across the United States.

What is the history the Academy American Poets?
The Academy American Poets was founded by twenty-three-year-old Marie Bullock after she returned from studying in France where she appreciated poets' prominent place in the culture. Concerned about the lack support for American poets, and with the advice friends such as poets Edwin Arlington Robinson and Joseph Auslander (the first Consultant in Poetry to the Library Congress), Bullock decided to take action and began raising funds to promote the cause poetry and assist individual poets. Bullock served as the organization's president for its first fifty years. During the first thirty years, Bullock operated the organization out her apartment, centering on a core program awards to poets. After she died in 1986, poet Anthony Hecht said her: "It is impossible to convey the unflagging buoyancy and enthusiasm with which Marie Bullock met every challenge during the long course her brilliantly successful crusade on poetry's behalf. She was a gallant, devoted, and generous champion a cause that had few champions before her, and none so successful. American poetry and their readers are all in her debt." Elizabeth Kray was hired in 1963 as the organization's first executive director. Kray was a legendary promoter poetry, especially through poetry readings. Under Kray's leadership, the organization launched a groundbreaking reading series at the Guggenheim Museum (1963), the first national touring circuits for poets (1965), the first Poets-in-the-Schools program (1966), the Walt Whitman Award (1975), and the Harold Morton Landon Translation Award (1976).

Who supports the Academy American Poets?
The organization and its many programs and publications are made possible, largely, by contributions from individuals and its members who reside in all 50 states. The organization also benefits from funding from private foundations, corporations, and government sources such as the National Endowment for the Arts, National Endowment for the Humanities, the New York State Council on the Arts, and the New York City Department Cultural Affairs.

Who are the Chancellors, Staff, and Board the Academy American Poets?
Established in 1946, the Board Chancellors is an honorary group esteemed poets who consult with the organization on artistic matters, elect the recipients its largest prizes, advocate for its programmatic work, help oversee a Poets Emergency Fund that supports poets in extreme crises, and serve as ambassadors for poetry in the world at large. Most the staff members the Academy American Poets are poets themselves who share a passionate dedication to assisting other poets and growing the audience for poetry in the United States. The Board Directors oversees the organization's mission, strategic plans and finances, and champions its programs.

How do you submit poems to Poem-a- or have a biography added to Poets.org?
The poems featured in Poem-a- are written by poets who have at least one book published or forthcoming. While the Academy American Poets does not accept submissions, it encourages poets with forthcoming books to send a galley to Academy American Poets, 75 Maiden Lane, Suite 901, New York, NY 10038, so that it might consider previously unpublished poems for . Poets.org features full-length biographies poets who have published three or more books and have received recognition for their poetry. Short biographies poets whose poems have appeared in Poem-a- are also featured. Unfortunately, we are unable to consider unsolicited biographies at this time.

Where can you learn more about writing contests or how to publish poems with other publications?

You can learn more about writing contests here and publishing your work here. Unfortunately the Academy American Poets is not able to offer evaluations of your work. 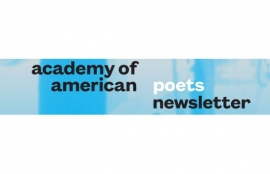