in Independent, Cricket
0
Be the first to write a review
Write a review Subscribe
Is this your listing? Claim it here!
Visit Website
Overview Photos

Criconometrics, by Karthik S
in Independent, Cricket
Be the first to write a review
Write a review Send a message
Overview Photos 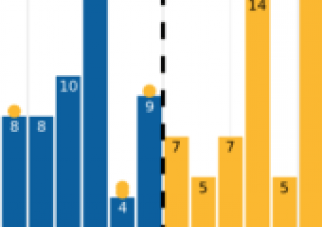 Telling Cricket stories with data. - It’s nearly two decades since Moneyball (the book) came out, and sports analytics has never been hotter. Starting with the humble batting average, and visualisations such as the Manhattan and the Worm, cricket...

analytics has come a long way as well.

It is now commonplace for teams to have a statistical analyst, or even a team of analysts. “Big data” now guides field placements, bowler changes, team selections and toss decisions. It is not unnatural nowadays for Kevin Pietersen to casually drop the word “correlation” in the middle of a match commentary.

The average cricket consumer continues to be bombarded by an array of stats, old and new. Some of it makes sense. A lot doesn’t.

The aim of Criconometrics is to tell the story of cricket using data. As much as possible I will try to keep it understandable, though occasionally I might throw phrases such as “supervised machine learning” or “k nearest neighbours” your way.

Three times a week, Criconometrics will put one graph and one story into your inbox. The story and the graph will be tightly linked, and on most occasions I expect you to appreciate the game better after reading the piece, and see it in a way you hadn’t seen before. 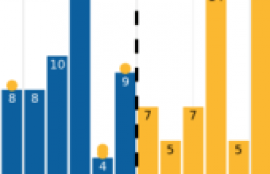