in Independent, Basketball
0
Be the first to write a review
Write a review Subscribe
Is this your listing? Claim it here!
Visit Website
Overview Photos

Good Morning, It's Basketball by Tom Ziller
in Independent, Basketball
Be the first to write a review
Write a review Send a message
Overview Photos 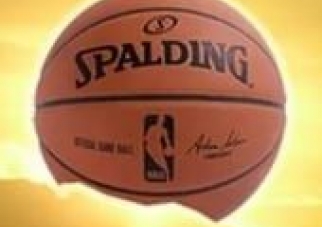 Good Morning It’s Basketball is a daily newsletter from Tom Ziller capturing what’s profound and frivolous about the NBA. The league’s cultural footprint is so massive, with what happens on the court just a fraction of its impact.

GMIB is here to make sure you don’t miss out on everything else.

Each issue includes a sermon on a bigger topic or two; highlights and box scores; and links to the best basketball writing on the web. There are five issues per week, with one being free to the public and four others offered to paid subscribers only. For $5 per month or $50 per year, you get everything we do here.

About TZ
Tom Ziller has published GMIB since it launched at SBNation.com in 2014. He was the founding editor of Sactown Royalty, the world’s preeminent Sacramento Kings blog, and previously served as an NBA blogger, editor and columnist for AOL FanHouse, The Sporting News and SB Nation, one of which still exists. Tom lives on the West Coast, the best sports time zone. You can follow him on Twitter (@teamziller).

What People Say About GMIB
“Tom's newsletter has been a godsend for years.” — Zach Lowe, senior writer at ESPN

“Tom, you have been one of the great independent voices in hoops for years, and I look forward to reading and supporting your new venture.” — David Aldridge, Naismith Hall of Fame inductee and editor-in-chief at The Athletic D.C.

“tom’s one of the greatest sports bloggers of all time. subscribed to this without a second thought” — Jon Bois, creative director at SB Nation

“I'm not sure anybody in the world of online basketball writing has supported and promoted as many writers, as gleefully and openly, as Tom has, while also being a daily must-read on every aspect of the sport. Time to return the favor. Easiest $50 I've spent in a while. Join up.” — Dan Devine, writer at The Ringer

“One of the best in the biz.” — David Dennis Jr., writer and journalism professor

“If you're at all a basketball fan, @teamziller's 'Good Morning It's Basketball' is phenomenal. Highly recommended.” — Luke Thomas, combat sports analyst

“GMIB has been essential reading for a long time now. […] @teamziller always impressed me with his ability to offer his take on something & have it be thoughtful, reasoned & accurate.” — Michael Lee, senior NBA writer at The Athletic

“Tom carved out one of the most unique lanes in the whole industry, and his nuanced/smart voice was/is always worth listening to. I always marveled at his ability to absorb all of the league’s happenings every day and find new meaning in it all from there. Please support him.” — Sam Amick, senior NBA writer at The Athletic

“One of the best writers in the game, easily.” — Chris Herring, senior NBA writer at FiveThirtyEight/ESPN

“Good Morning It's Basketball is the most essential daily NBA content PERIOD and you MUST subscribe.” — Nathaniel Friedman, editor at Victory Journal and NBA Internet legend

“Been starting my day w/ GMIB since its inception. Subscribe if you have the means. Ziller will give you much more than your money's worth.” — John Schuhmann, writer for NBA.com

“PSA: I just subscribed to @teamziller's very own @substack resurrection of #GoodMorningItsBasketball, my single most indispensable resource for hoops reading for years now, and for years to come. You should too.” — Kate Perkins, deputy editor at Victory Journal

Frequency of publication More than once per week
Type of pubilcation Independent
About the writer(s) Tom Ziller has published GMIB since it launched at SBNation.com in 2014. He was the founding editor of Sactown Royalty, the world’s preeminent Sacramento Kings blog, and previously served as an NBA blogger, editor and columnist for AOL FanHouse, The
Writer(s) Tom Ziller 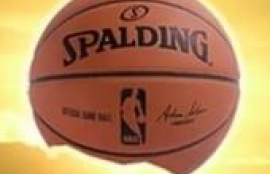