in Economics, Independent, Politics / Political Science
0
Be the first to write a review
Write a review Subscribe
Is this your listing? Claim it here!
Visit Website
Overview Photos

Noahpinion, by Noah Smith
in Economics, Independent, Politics / Political Science
Be the first to write a review
Write a review Subscribe
Overview Photos 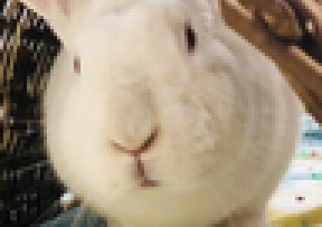 At Bloomberg Opinion, my job is to write about economic policy for a general audience, and I will continue to do that. Here at Noahpinion, you’ll get:

- Posts written in my “natural voice”, which is not quite professional enough for opinion column

-Wonky posts about the technicalities of economic research, that are too complicated for my Bloomberg audience

-Responses to other people’s blog posts, and commentary on ongoing debates

-Commentary on politics, culture, science fiction, and other things Bloomberg doesn’t want me to write about

-Other fun and useful stuff

Basically, this will be very much like my old Noahpinion blog. But note that this new version is a subscription blog. Some posts will always be free, and at first most of them will be free, but eventually most will be subscriber-only!


I plan to write a couple of posts a week, but I often find myself writing more than I think I’m going to, because ideas pop into my head and I have to get them out. :-)

So…Is This an Economics Blog, or What?
When I started blogging, I wrote mostly about economics. At that time, the big issue was the Great Recession and the financial crisis, and economists were the people society turned to in order to tell them how to get out of that mess. As an angry economics grad student frustrated with the many failures of the macroeconomics field, I was well-positioned to jump right into that great debate.

The current era is different. Economists are no longer the respected experts they once were. The era when people believed that an economist was a general sage who could tell you everything from which stocks to buy to where to get lunch is over. (Ironically, this comes at a time when econ itself is becoming a much humbler, more empirical discipline.)

But more fundamentally, the type of problems the U.S. and the world are facing are no longer so clearly economic in nature. Since at least 2014, America has been wracked by social unrest, and purely economic explanations for that unrest have been rightfully laughed off the stage. Cultural changes related to religion, gender, education, etc. have accelerated, powered by social media. The rise of China has brought great-power geopolitics back into the mix. There’s simply a lot of stuff to think about beyond minimum wages and fiscal stimulus.

Yet economics is still important. Things like inequality, mobility, health care, housing, wage growth, etc. interact with all the cultural changes in complex and subtle ways that can’t be glibly summed up as “economic anxiety”. The rise of a new socialist movement in America has centered economic issues and injected new ideas (and some old ideas) into the debate in a way that has energized huge numbers of young people. Geopolitics, too, depends on economics — the economics of trade, supply chains, industrial policy, international finance, growth, and so on.

Economics is just one way of thinking about society, and it can’t be the only one. I want to try to understand the world using a mix of the things I learned from economics and the things I’ve learned from other fields and disciplines. Not to mention a few things I’ve thought of myself. ;-)

If that’s the kind of thing you want to read, then this blog is for you. Welcome, and great to have you along for the ride. 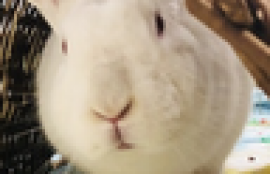