in Original, Independent, Race & Ethnicity, Women & Gender
0
Be the first to write a review
Write a review Subscribe
Is this your listing? Claim it here!
Visit Website
Overview Photos

The Audacity, by Roxane Gay
in Original, Independent, Race & Ethnicity, Women & Gender
Be the first to write a review
Write a review Subscribe
Overview Photos 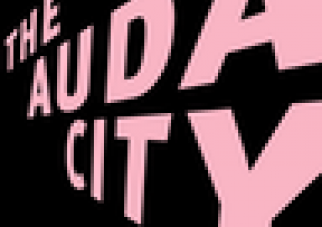 The Audacity is a newsletter from Roxane Gay, debuting on January 11, 2021.
Newsletters are over.
I’ve been thinking about blogs lately because I miss them. I am very attached to things that fade into obsolescence. For years, I wrote an obscure

little blog few people read and that was mostly fine because I could share my thoughts with myself and three or four other people. Though I didn’t realize it at the time, I was also growing as a writer, thinking more about how to tell a story, how to get readers to care about the story. But I was also an avid blog reader. Every day I looked forward to opening my Google Reader (RIP) and reading about the lives of complete strangers who seemed so compelling. A mother in Utah, a designer in the Bay Area, a foster parent in NYC, a baker in St. Louis, a budding filmmaker in Los Angeles. It didn’t matter how different the bloggers were. What mattered is how they made me want to understand the world from their perspective.

I am also going to use this space to feature the work of others. Every two weeks, I will publish an essay from an emerging writer, someone with three or fewer publications) and share a brief interview with them about their work, who they are, who they hope to become. Yes, they will be paid a good and fair wage for their work.

And I’m going to host a book club, where we read books by underrepresented American writers, talk about those books, and, when we’re lucky, talk to the writers of those books. Everything starts January 11th.

About me.
I am a writer, editor, cultural critic and I even have a podcast, Hear to Slay, that I co-host with the one and only Tressie McMillan Cottom. I am from Omaha, Nebraska and currently split my time between Los Angeles and New York. I have lived most of my life in the Midwest and many of those years were spent in very rural places. I am the daughter of Haitian immigrants. I have written a great many things in publications like Harper’s Bazaar, McSweeney’s, Virginia Quarterly Review, Town & Country, Black Warrior Review, A Public Space and I won’t bore you with it all. I write books, some of which are New York Times bestsellers—Ayiti, An Untamed State, Bad Feminist, Difficult Women, and Hunger. I edited Not That Bad: Dispatches from Rape Culture and The Selected Works of Audre Lorde. I co-wrote the graphic novel The Sacrifice of Darkness. I am a contributing opinion writer for the New York Times where I also write the “Work Friend” column. I edited Best American Short Stories 2018. I was the first black woman to lead a Marvel comic when I wrote World of Wakanda. I now write comics for TKO Studios. First, The Banks, and up next, The Ends. This one time, I was on the L Word: Generation Q. I am working on some film & television projects and I have a couple other secret projects in the works that you will hear about here as they unfold. Sometimes, I am an academic. I only make men call me Dr. Gay. That’s self-explanatory. 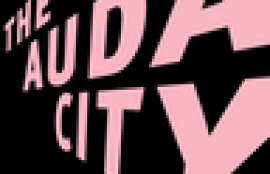