The Diff is a daily newsletter covering inflection points in finance and technology. I aim to answer a simple question: in a few centuries, when historians reach a consensus on what was happening today, what will they believe?

Here’s what I believe: in 2020, our institutions are designed for a much simpler world with faster productivity growth. Outside of computers and communications, scientific progress has slowed abysmally since the mid twentieth century. Meanwhile, in government, media, and education we’ve moved backwards; we’re less efficient and less effective than ever before, despite shinier tools and lavish spending.

Pundits like to talk about how the pace of change has never been faster. They’re right, but in the wrong sense: the pace of fundamental change is slowing down, so unpredictability represents less progress and more chaos.

What is The Diff About?
The Diff is a solo operation, so it’s one person’s view of what’s interesting in the world. Themes include:

Big Tech: what are Amazon, Google, Facebook, Apple, and Microsoft up to? How do they think about the world they increasingly run? As more of the world gets mediated through screens and stored in databases, understanding what’s going on means thinking like a programmer. Programmers, after all, are pushing changes in reality to prod every day.

Tiny Tech: profiling emerging startups and new, unproven technologies. A valuable tech company is an incumbent, with the attendant blind spots and weaknesses. Smaller companies are a bet on the future, based on a vision of how it will differ from the present. (And small companies can’t afford a PR department whose job is to tell the CEO don’t say that.)

Finance: Financial institutions react to the world quickly—you can go from long AAPL to short AAPL more or less instantly, but for Apple to go from long smartphones to short smartphones would take a decade. So finance is a leading indicator of a) the state of the world, and b) what’s uncertain about it. But financial institutions are run by human beings, with their own biases and incentives.

And some narrower, more time-sensitive trends:

Covid-19 has had an immense impact on society, but the long-term effects are just starting to play out. These include political shifts, breakdowns in the supply chain, mass insolvency in small businesses, and growth in the biggest and most profitable technology companies.

Public pensions have been underfunded for over a decade, and have taken risk to compensate. They will need—and ask for—and get—a bailout. And this has implications for asset prices.

American universities are the core of America’s competitive advantage in building and scaling large technology companies, but the university system is overextended.

As competition between the US and China gets sharper, tech companies will get more politicized. Which faction they align with is an open question: are these freewheeling coastal companies natural Democrats, or are they big businesses worried about regulation and thus natural Republicans?

Who Reads The Diff?
My readers skew towards the two fields I write about: technology, particularly software, and finance, especially hedge funds. Readers include hedge fund managers, tech company founders, venture capitalists, and 1.5% of the Forbes 400.

What You’ll Get
I’ve been writing online for a long time. A long time—I started using stock message boards in middle school and launched my first finance blog in high school. Most of my best writing has appeared on Medium. The highlights:

The 30-Year Mortgage is an Intrinsically Toxic Product: #1 on Hacker News, this piece argues that buying a home is a bad personal finance decision—doubling down on the local job market—and as a side effect, it distorts the global yield curve.

The Slow-Motion Trainwreck Facing the Meal-Kit Industry: #1 on Hacker News. The core thesis here is that Blue Apron’s funding validated the market, prompting competitors to show up and go after their customers—which raised customer acquisition costs and churn, collapsing the CAC/LTV calculation that the business was predicated on. Blue Apron went public four months later and has since lost 98% of its value. 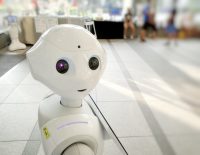 GPT-3
A Guide to the New World Order
The Diff is a trusted source of information with some fun thrown in for good measure. Since the rise of AI and machine learning, a lot of white-collar workers have been apprehensive about their jobs, well, at least those that are repetitious or involve data entry. This tech newsletter does a great job at presenting an alternate view and options so that its subscribers don't have to worry.
Did you find this review helpful?
0
0

GPT-3
A Guide to the New World Order
The Diff is a trusted source of information with some fun thrown in for good measure. Since the rise of AI and machine learning, a lot of white-collar workers have been apprehensive about their jobs, well, at least those that are repetitious or involve data entry. This tech newsletter does a great job at presenting an alternate view and options so that its subscribers don't have to worry.
Did you find this review helpful?
0
0
Success!
Sorry, we could not complete your request, please try again later.